All currants are deciduous shrubs, fast growing to form a multiple-stemmed clump. Currant flowers are borne toward the bases of one-year old stems and on spurs on older stems - which appear in early spring with new growth. Currants are mainly self-fertile but can set more fruits with cross-pollination of another variety.
Currants grow best in temperate regions with some winter chill and coolish summers, with sun protection in very hot summers. Currants like morning sun and afternoon shade. Currants prefer heavier soils, with a thick mulch of organic material to keep the soil cool in summer (this later adding humus as it rots down). Plant in a hedge row as close as 40cm apart. Plant size: 1.5m x 1.5m 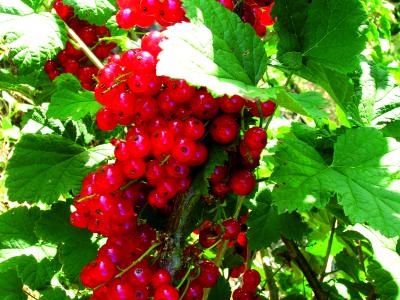